The Field family plot contains the grave of James Curtis Field (1843-1897) and the unmarked grave of his wife, Josephine Daniels Field (1840-1902), who is known to be buried in the Gualala Cemetery and is presumed to have been placed beside him.

James Curtis “J.C” Field, a native of New Hampshire, was born 6 Sep 1843 in Chesterfield to Bethuel Field II and Sophronia Allen. At the age of 18 he, along with his brother Francis (“Frank”), enlisted in the Army of the Potomac under Lt. Greene (later General Greene) and was assigned to Company C of the 17th Regiment Infantry in Keene, New Hampshire on 16 September 1861. James fought in the siege of Yorktown. Company C was also involved in the Gaines Milland Malvern Mill battles, at 2nd Bull Run, and at Antietam, Sheperdstown, Leetown, and Fredericksburg. He sustained injuries, presumably during the Battle of Fredericksburg, a particularly hard fight for the Union. After recovering at the West Philadelphia Hospital, he was discharged on 20 Jan 1863. His brother, Frank Field, also served alongside him. It is not known what became of Frank, who was listed as a deserter in 1864, and there are no subsequent records for him.

After his service in the Civil War, James married Josephine Daniels of Keene, New Hampshire. Josephine Daniels was born in March 1840 to James Daniels and Hannah Sprague Wilder. She was part of the fifth generation of the Daniels family to grow up on what is known now as Stonewall Farm. The couple had only one child, a daughter Francis, who was named after his brother. Francis, or “Frankie” for short, was born on 22 May 1868 in New Hampshire before the family moved west. Notably, James’ siblings each named children after Frank as well, which indicates an extreme fondness throughout the entire family for their brother.

In 1890, James, is found living in Kings County, Washington. In the 1890’s, Kings County was also heavily involved in the timber industry, where wood shingles were being made in the mills along the water and shipped throughout the world. His time in Washington was apparently short lived, as later that year he had returned to California, and on 10 Sep 1890 was registered at the American Exchange Hotel in San Francisco. And by 1892, James is registered to vote in Gualala, Mendocino Co., California, where he apparently spent the remainder of his life.

On 16 Mar 1897, J. C. Field was involved in a tragic accident at the mill in Gualala and died of his injuries. Although a local newspaper obituary states that he was 70 years old, all available records document that James was actually 53 years of age at the time of his death. Some years later, on 25 August 1902, the United States Office of the Quartermaster General ordered a headstone to be made for J. C. Field, a private of Company C, 17th Regiment of the United States Infantry, which was placed on his grave at the Gualala Cemetery.

On 20 June 1902, Josephine Field, 62 years of age, died of cancer in Oakland, Alameda County, California. Her obituary and a burial permit for Josephine Field confirm that she was buried in the Gualala Cemetery. No headstone marks her grave.

After her mother died, James and Josephine Field’s only child, Frankie, married Adam W. Kirk, a native of England on 14 Sep 1904. The couple married in Manchester, England, but returned in January 1905 to America to make their home in California. The couple lived in San Francisco, and never had any children. James and Josephine Field therefore left no living direct descendants. Frankie died on 30 Oct 1931, and according to her obituary was interred at the Woodlawn Columbarium. 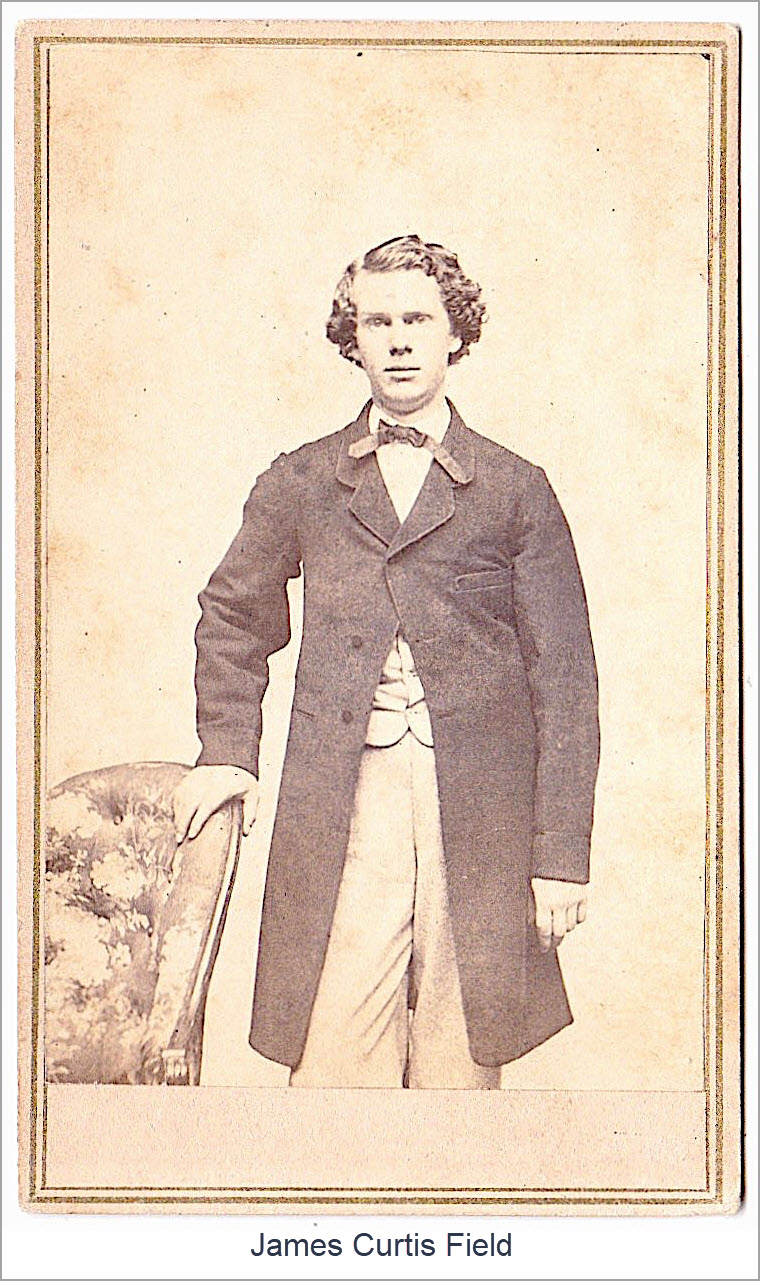 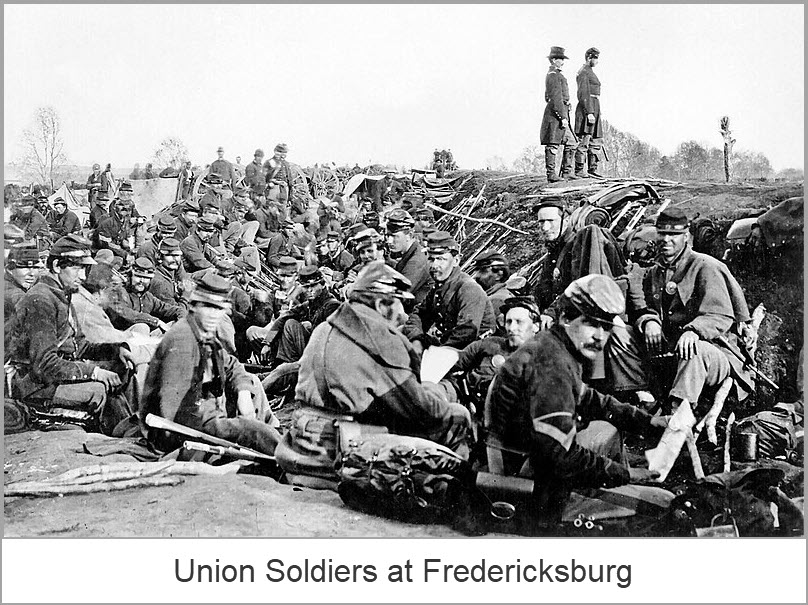