AMALIA SCHULTZE
Amalia Schultze was a native of Hammerstein (Czarne), a major town in western Kries Schlocau, West Prussia. She was born 31 Dec 1831. Amalia emigrated to the United States, leaving Hamburg on 14 August 1863, arriving in Melbourne, Australia on 30 November 1863, and arriving in the United States in 1864. The mother of many children, she died on 5 May 1895.

LEWIS “ROY” AMEAL SCHULTZE
Lewis Roy Ameal Schultze was born 30 April 1868 to Amalia Schultze in San Francisco, California. His twin sister, Mary Sophia Schultze, died at the age of two. By 1870, the family had moved to the Sonoma Coast and was residing in Stewarts Point. Lewis died at the age of seventeen on 13 February 1886.

WILLIAM THOMAS SCHULTZE
William Thomas Schultze was born on 19 November 1870 in San Francisco, California to Amalia Schultze. The Schultze family was living at Fisherman’s Bay (Stewarts Point) at the time that he was born. After a short illness, he died at 2 o’clock in the morning in Gualala on 23 September 1892. He was remembered for being a “quiet, peaceable, industrious young man.”

LILA SCHULTZ
One of the youngest buried in the Gualala Cemetery, Lila Schultz was the fourth child of John Henry “Johnny” Schultz (b. 1864 in Australia) and Lillie May Hiett (b. 1870 in Point Arena, California). Lila was born about the 5th of September 1897 in Gualala. Shortly after Lila’s death, the family moved to Berkeley, Alameda County, California. Lila’s siblings were Russell, Della, Irvin, Lowell, and Henry. Lila’s grandmother was Amalia Schultze. 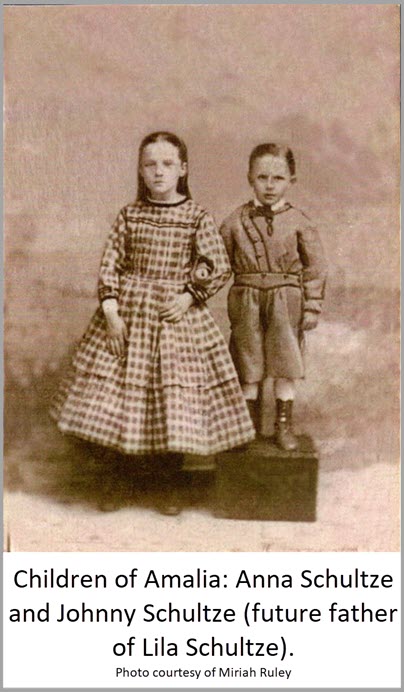