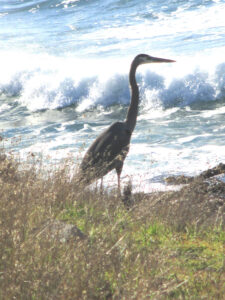 The Redwood Coast Land Conservancy and the Mendocino Land Trust announced on Thursday, Nov. 8, that an offer to buy the Mill Bend property in Gualala by an unidentified conservation buyer, has been accepted. The deal includes both the Mill Bend and the Lower Mill Bend parcels. The 112-acre property at the mouth of the Gualala River estuary is now in escrow.

This is the first time the Mill Bend property has been on the market in more than 60 years.

The buyer who made the offer will investigate the condition of the property, and if the purchase is finalized, will hold the property while local conservation organizations raise funds needed for acquisition and permanent conservation.

This kind of temporary land-holding arrangement is not unusual, particularly in properties with significant  environmental attributes like the Mill Bend, which includes fragile wetlands with threatened and vulnerable species along the mouth of the Gualala River estuary, according to Laurie Mueller, president of Redwood Coast Land Conservancy. 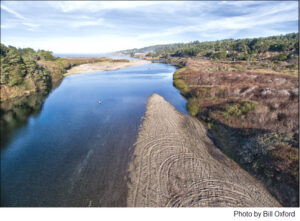 Charles Ivor, president of Friends of the Gualala River, said that property abuts and includes a significant portion of the estuary, which he said is a nursery for steelhead…

Charles Ivor, president of Friends of the Gualala River, said that property abuts and includes a significant portion of the estuary, which he said is a nursery for steelhead and, in the past, Coho or silver salmon, and that restoration efforts for the salmon had met with some success in the Garcia River estuary.

The state of California has designated the Gualala River as a “wild and scenic river,” from the estuary in Gualala east to the green bridge, where the North Fork joins the River.

The fact that the Gualala River is designated as a “wild and scenic river” does not protect the environment of the river. Photographic evidence acquired by the ICO shows that vehicles have been driven down into the estuary from Highway 1, causing ruts and other environmental damage. If the property is put into conservation, measures could be taken to prohibit trucks and other off-road vehicles from entering the property. 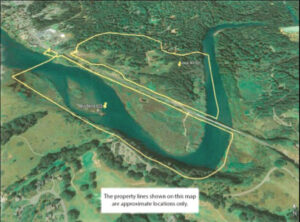 Ann Cole, executive director of the MLT, said, “The Mendocino Land Trust is pleased to be involved as a partner in this project and looks forward to working with Redwood Coast Land Conservancy and the community to secure the funding for the purchase and protection of Mill Bend.”

The Mendocino Land Trust, with offices in Fort Bragg, is a nationally accredited conservation organization founded in 1976. It has been involved in land conservancy arrangements throughout Mendocino and surrounding counties including the Point Arena Stornetta Unit, Seaside Beach, Pelican Bluffs, Navarro Point, Big River Estuary, Glass Beach, and Caspar Headlands, among others.

Cole explained the interim acquisition of the Mill Bend is only the first step of many. Once the sale is finalized, various environmental agencies, private foundations, units of government, and even private donors may be involved in its final disposition. Those who bring money to the table would have a say in the future uses to which the land could be put.

Mueller said that while the acquisition of the land is in the early stages, “if state funds are involved, they would require a park or some kind of public access, probably trails.”

“It’s a great thing for the community,” said Ivor. “I am grateful to the Mendocino Land Trust for their work. It’s in a perfect place, the gateway to Mendocino County. In time, it may be possible to have an art and ecology center on the property.”

A joint statement by the Redwood Coast Land Conservancy and the Mendocino Land Trust stated the goal of the Mill Bend acquisition: “to ensure that the Gualala River estuary, as the gateway to the Gualala River watershed, is preserved for ever.